Skip to main content
6
min read
A- A+
read 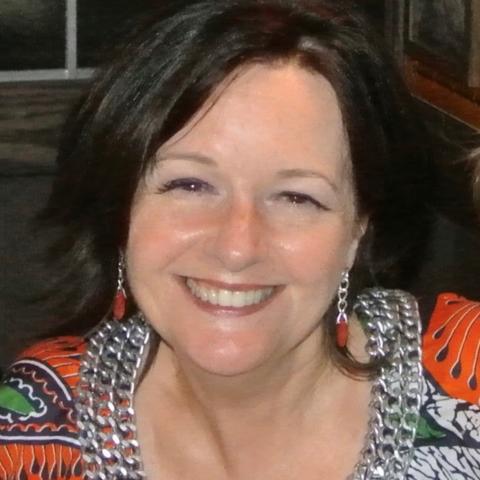 The loving and inspiring Deborah Tom has passed away

On the afternoon of Saturday 16th May 2020, Deborah Tom peacefully passed away. This was just three weeks after the shocking discovery that her breast cancer had returned with a vengeance and spread extensively to her liver. Deborah had been given the ‘all clear’ on her battle with breast cancer in 2018 and only learned of this devastating diagnosis following a recent routine check-up. She leaves behind a wonderful daughter, a loving husband, and adoring family, friends, business associates and business partner.

Deborah had a colourful and accomplished life that was full of many, many highs, but also early-life tragedy, and, in later life, a battle with breast cancer, and then finally terminal metastatic breast cancer. We, her daughter, husband and business partner, would love to share some of Deborah’s story with you along with the legacy she was building to aid the success & wellbeing of millions around the world.

She was an absolute force of nature; with an extraordinary zest for life – energy, passion and action. ‘Living life and every moment to the fullest’ epitomised her. Everyone she touched was blown away by her intellect, knowledge, creativity and passion. She moved and engaged people through her warmth, compassion, generosity, inclusivity, insightfulness and beautiful smile. She brought so many people to tears of laughter by her wicked and infectious sense of humour and laugh, and her spontaneity and eccentricity. People were in awe of her energy, courage and drive to make the seemingly ‘impossible’ possible, and the speed and way in which she got things done – getting past gatekeepers to the powerful and mighty was a particular skill and challenge she relished. And many were in admiration of how, even though she worked extremely hard throughout her life, she put her daughter and husband as her total number one priority and always did all she could to support their success and wellbeing.

Over the past 25 years, Deborah was a highly respected authority in leadership development and executive coaching. She absolutely believed in professional standards and evidence-based practices. And as she was a person who didn’t do things by half, she amassed a plethora of qualifications, including: Chartered Psychologist, Chartered Scientist, Accredited Coach at Master Level with the Association for Coaching, Chartered Manager, Chartered Member of the CIPD and  Certified Management Consultant. This year (2020), Deborah was runner-up for the Psychologist of the Year by the British Psychology Society (BPS).

She created award-winning and highly regarded leadership development programmes for Whitbread, KPMG, PwC, BAE Systems, Barclays and Société Générale. She ran workshops on resilience for senior leaders in M15, M16 and military leaders at the Defence Academy. She coached the heads of the armed forces for several iterations as well as within 11 Olympic teams. She has four published books: Find the Balance, (BBC Books); The Business General (Random House); The 7 Secrets of Leadership Success (Ebury); and The Ultimate Coach Training Manual (CT Publishing). She worked in the UK, France, Russia, Denmark, Singapore, Hong Kong, Japan and the USA.

Deborah had an extremely positive impact directly on the lives of 1000s, and indirectly on tens of thousands, through her leadership development programmes, coaching and consulting. Clients have said many amazing things about the impact she had on their lives. Things like: “the programme has changed my life like you wouldn't believe”, “you have saved my life”, “it was the best training I had ever experienced”, “it’s been absolutely invaluable”, “working with Deborah is inspirational, fun and highly transformative”, “fantastic and totally different from what I’ve seen”, “she is fearless and passionate about delivering outstanding results”. If you worked with Deborah, you knew you were in for a treat and quite a ride!

Deborah was born on 9th April 1956 to Waldo and Pamela John, in Salisbury, England. Her father left the family home when she was two and she never had any contact with him again. Meanwhile, her mother was very ill and sadly passed away when Deborah was 13. She was then looked after by her elder sister.

Deborah was desperate to leave Salisbury and see the world. After finishing college, she had various jobs in London including working for the Sounds Music Magazine where she followed one of her passions…music. She then travelled to Boston, USA, where she studied graphology (handwriting analysis). She continued with her travelling with British Airways as cabin crew and finessed her five languages. She then spent time in Portugal and Japan where she started practising Karate and achieved black belt status! She also started studying Psychology through the Open University where she was very much self-motivated and self-taught and gained a Masters in Psychology. It was at this time that she developed her passion for using her Psychology in the workplace and set up her own business in the late 1980s, Human Systems (Business Psychologists) Ltd. As a committed life-long learner, she continued researching and spent four years doing her Doctorate.

As well as running a business, Deborah was a loving and totally committed mother to Eliot and a loving wife to David. She was an inspiration to so many working women and set the precedent for work-life balance.

She showed us all that coming from a humble background, suffering early life tragedy and not having a fancy education don’t, and shouldn’t, have to stand in the way of individual possibility. She lived life on her terms and showed us that you don’t just accept how thing are and moan about it – do something about it!

In early 2015, when Eliot and I were working on a leadership development project together at Accenture, she introduced me to her mum so we could make sure we were following leading-edge best practices in our project. We met in the fabulous Ivy Club. It was a whirlwind of a meeting. Within one hour, we shared our life stories, our passions, our dreams and visions. Deborah was the most inspiring and engaging person I had ever met. By the end of the meeting, we had agreed, in principle, to form a company together that would make leadership development and coaching much more accessible by digitising her content and working with her 500+ coaches that she spent 18 months finding, interviewing and assessing so that she would have a database of the world’s top coaches. As I left the meeting, I thought “Wow, if all that can happen within two hours, what will the rest of my life be like with her?”

In February 2016, Deborah and I started working together on our company, called maximy, full time. The company’s purpose is to help people, at all levels, to be the Best Possible Leaders they can be, so they can better enable success & wellbeing for themselves, others (partners, family, friends, colleagues), organisations, and the wider community. You can discover more here.

From February 2016 until November 2017, we created and digitised content and piloted it with clients and had great results. Deborah also started her accredited coach training business, which was of great benefit to maximy and especially to all those receiving the training – she had an encyclopedic knowledge of coaching and was very good at imparting it.

Then in December 2017, came a horrendous shock to Deborah and us all. She was diagnosed with breast cancer. In the most difficult and demanding situations, Deborah came into her own in her ability to remain calm and carry on; she showed no exception in dealing with cancer. She had surgery, went through chemotherapy, radiotherapy and was put on hormone therapy too. She lost her hair, and the treatments radically affected her emotions and energy levels. However, being Deborah, she wasn’t going to give in to cancer. She continued delivering her coach training course and worked on maximy in the background.

By February 2019, Deborah was getting back to her high energy, fun-loving, impactful self, which coincided with the launch of a leadership programme, through maximy, for a wonderful client. The programme was a massive success, which was independently verified by Birkbeck University. We were all blown away by what the programme did for the delegates. Deborah’s work on the design and delivery of the programme was recently acknowledged at the BPS Conference 2019 for Excellence in Occupational Psychology Practice Award. It also won our client the EMCC Coaching Award.

In Deborah’s final months, she wrote content called 4U & Yours to support people through the Covid crisis; she also wrote a series of articles on leadership, and was writing a book!

On the 24th April 2020, she was diagnosed with metastatic breast cancer, which had spread to the liver. It came as a complete shock to her and her family as Deborah fought the illness so bravely in 2017/8.  She received a wonderful inflow of beautifully moving messages about what she meant to them and the impact she had.

Deborah’s life was tragically and dramatically cut short, and we will all miss out on future times with her, both personally and professionally. However, the passion, expertise and fun-loving nature of Deborah can live on through maximy so that millions of people benefit from her life’s work.

A key belief of Deborah and maximy is that leadership is one of the world’s biggest challenges and opportunities. Another is that we all can make a big difference, individually and collectively, by continuously developing and challenging our leadership so to better enable success & wellbeing – leadership is everyone’s responsibility. Building on her life’s work, she created the tools for us all to do this through maximy.

If you would like to support us to take forward Deborah’s legacy with the continual build of maximy or would like find out more about the services she built, please email us: [email protected]. Also, if you knew Deborah, we would so welcome the sharing, via the above email address, of any funny story of your time with her or what she meant to you. We are creating a book of all the wonderful stories of Deborah and the impact she made over the course of her life.

Deborah made such a huge, positive impact on so many throughout her life and we would love to see that continue.

We thank you so very much for your support and love.